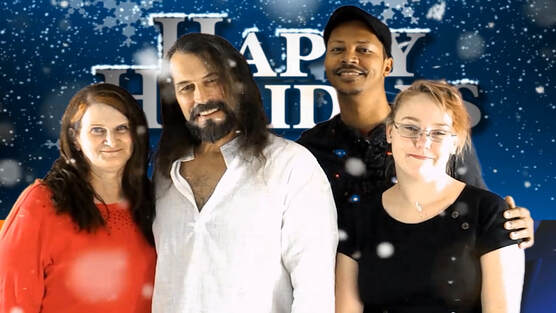 ​The crew is comprised of Captain Wallace (Dan Monroe), Spooky-Joe (Devan Harris), and Andrina the Mermaid (Miriah Hendrix).  Sooner or later Dan's wife - Lori Monroe will don some pirate gear to become a new character in the Captain Wallace Universe.

Daniel Monroe has spent his life honing his skills as an artist and illustrator, having illustrated many books for children written by high profile sports figures and celebrities such as Dennis Rodman, Erika Eleniak, Jesse James Leija, and several others.  Daniel also taught art at Western Michigan University, and has sold his paintings in galleries across America.
A Military Veteran of a ten year tour of duty, Dan also has memberships with many Masonic Charitable Organizations.

Born and raised in Michigan, Devan likes to travel and explore new places.  He has also been studying Martial Arts for over 2 decades.

"Playing Spooky-Joe is a great honor, not to mention all the great adventures with Andrina the Mermaid, and the one and only Captain Wallace himself!  I'm looking forward to many more exciting adventures!  Life is short, so doing something you love, makes it all worth it!" 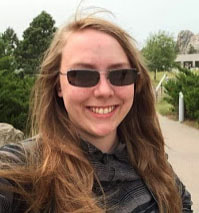 Miriah Hendrix
aka Andrina the mermaid

Miriah started out as the "ring leader" in her Kindergarten Circus, then went on to achieve an Associates Degree in Marketing and Management from Lake Michigan College in Benton Harbor, Michigan.  She also earned a Girl Scout Gold Award along the way, as she spends a lot of time volunteering at functions with the Girl Scouts.

Each episode is recorded in either the Public Media Network station studio, or the Dragonbrush Arts Studio in front of a greenscreen. After a day of recording, the editing process begins where the film segments are selected, the animation sequences and backgrounds are added, along with sound effects and music.

It is a lengthy process! 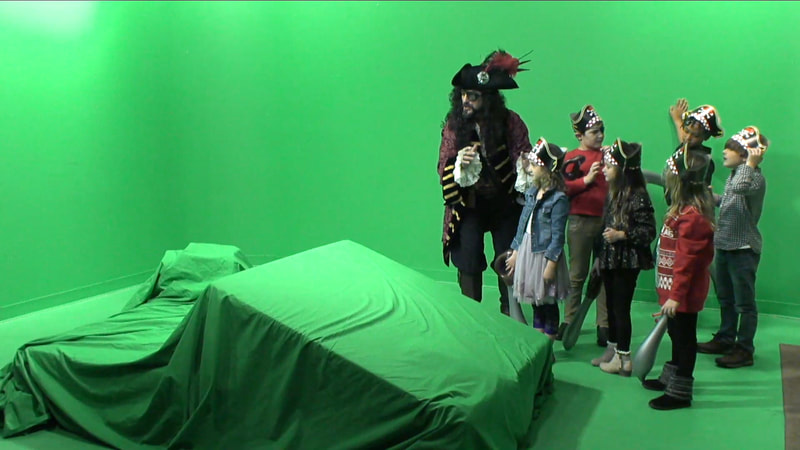 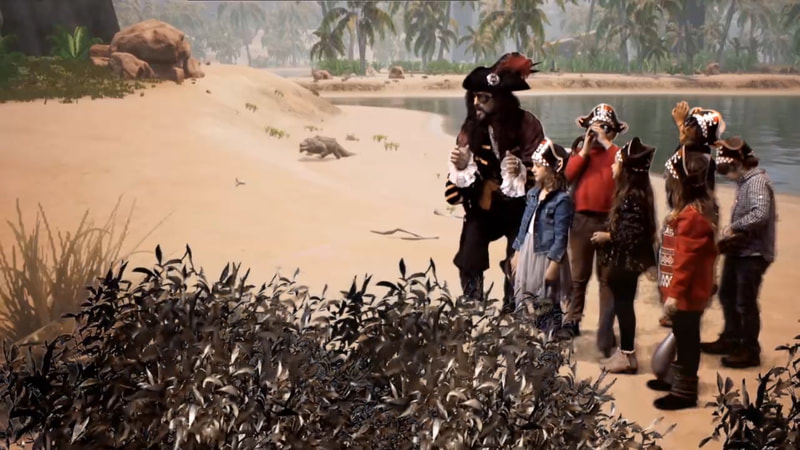 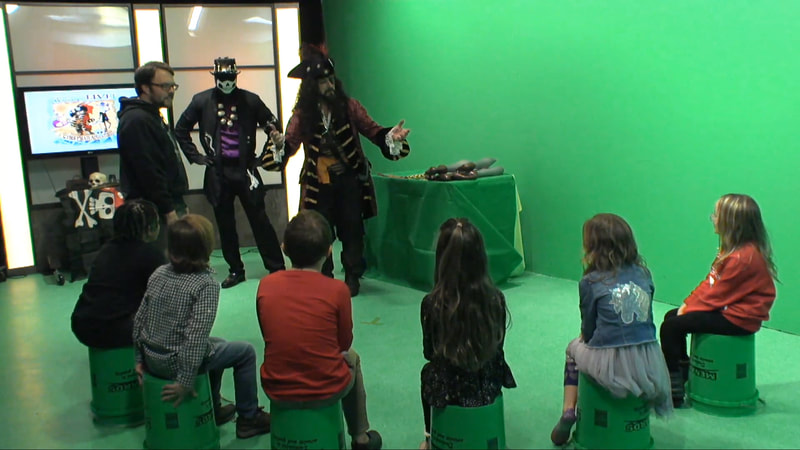 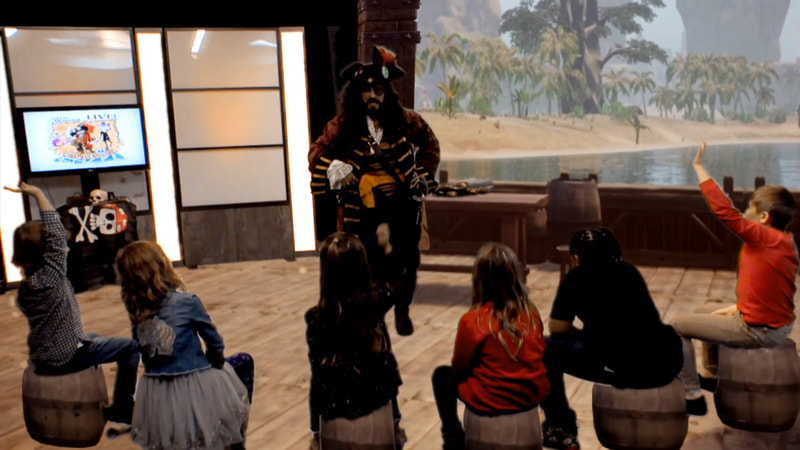 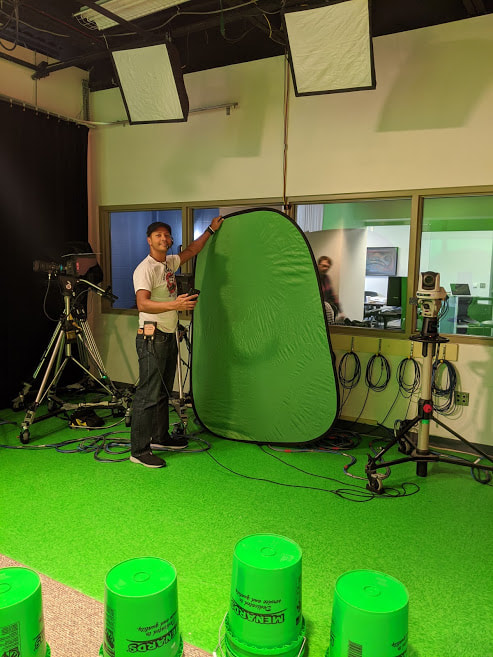 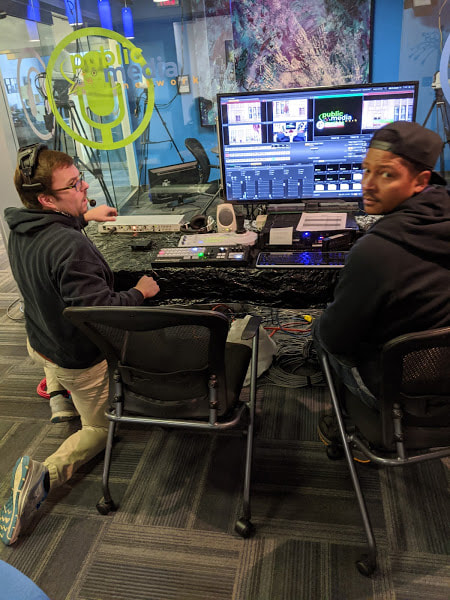 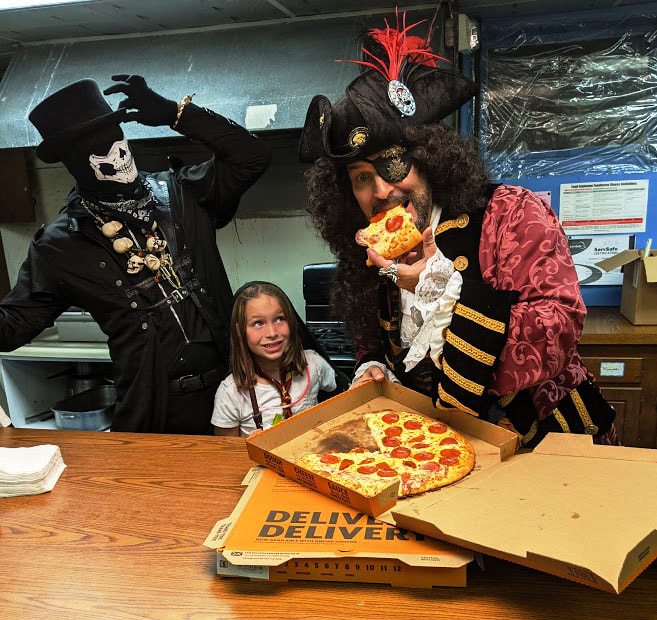 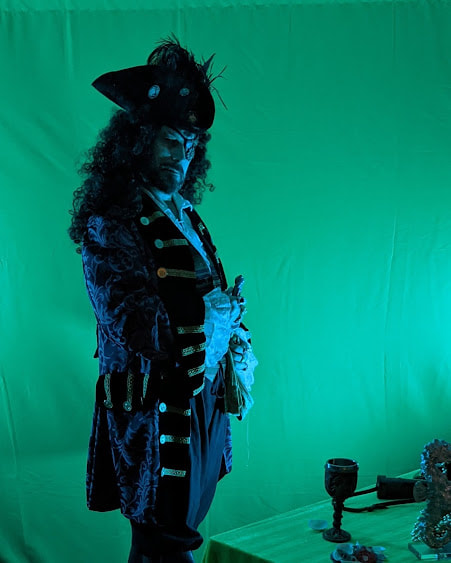 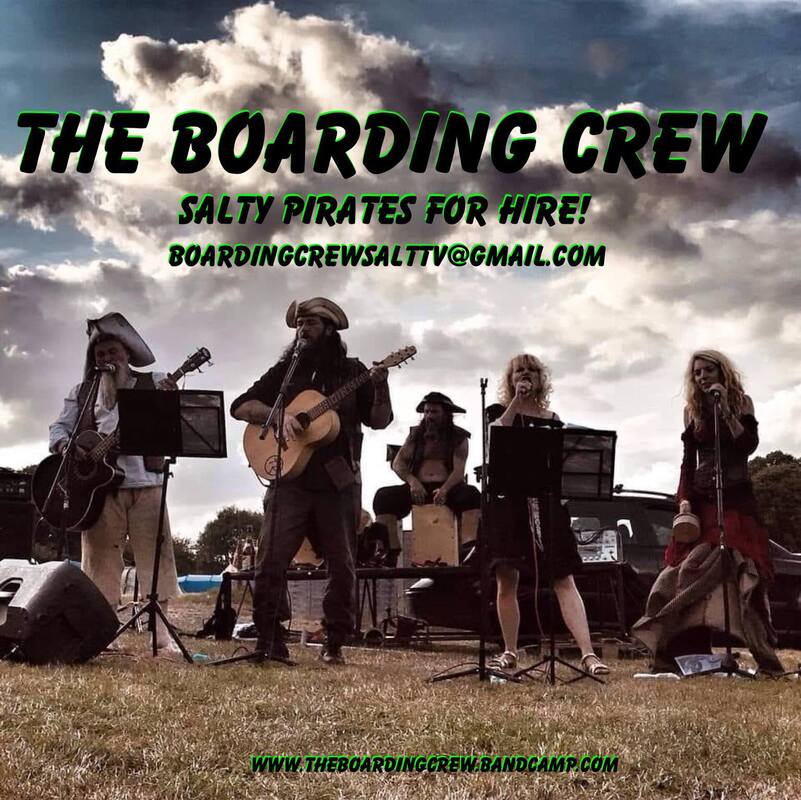 The Boarding Crew is a Pirate band based in Chesil Bay, United Kingdom. Much of the music we use on the Captain Wallace LIVE! show is original music by this band, such as the theme song which plays during the opening sequence. We are so very happy to have this wonderful crew on board to help us tell our stories and add the extra lyrical elements! A big shout out to Defoe Smith and the crew!

Make sure to visit their site to enjoy more of their Piratey music!